很多留学生朋友在写作argument的时候都不知道 argument的格式和写作方法，导致了很多学生该科目不及格，美伦为了帮助大家特意为大家准备了argument模板供大家参考：
The following is a memorandum from the director of personnel to the president of Get-Away Airlines. 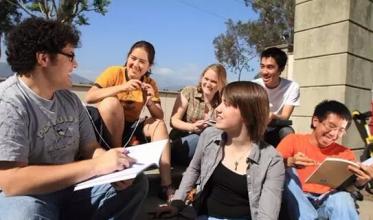 "Since our mechanics are responsible for inspecting and maintaining our aircraft, Get-Away Airlines should pay to send them to the Quality-Care Seminar, a two-week seminar on proper maintenance procedures. I recommend this seminar because it is likely to be a wise investment, given that the automobile racing industry recently reported that the performance of its maintenance crews improved markedly after their crews had attended the seminar. These maintenance crews perform many of the same functions as do our mechanics, including refueling and repairing engines. The money we spend on sending our staff to the seminar will inevitably lead to improved maintenance and thus to greater customer satisfaction along with greater profits for our airline."

The director of personnel for Get - Away airlines has not made a very persuasive argument for sending the company's employees to the Quality - Care Seminar in his or her letter to the president of the company. Maybe the personnel director has not thoroughly investigated this particular seminar, as there are holes in the logic used to try to persuade the president to pay to send the mechanics to this two-week seminar.

First of all, the personnel director has stated that the seminar "is likely to be a wise investment" but then bases that assumption on a report from the automobile racing industry that their maintenance crews' performances had improved after attending the seminar. The letter does not state exactly what the seminar entails or whether it is specific to the proper maintenance procedures of any particular type of machine. It would be helpful had the personnel director explained in more detail the content of the Quality - Care seminar and whether it is aimed at automobiles or whether aircraft are included at all. The mechanics must learn something of value that will help them inspect and maintain the airline's fleet of aircraft. For the seminar to be a wise investment, the net productivity and income gains must outweigh the cost of the seminar. There is no evidence to show that this is the case.

Secondly, because the personnel director refers only to a report by the automobile racing industry, it seems probable that the seminar is specific to only that highly specialized industry. It is likely that there would be no clear correlation between the duties of the maintenance crews of an airline and the maintenance crews of an automobile built for racing. The fundamental purposes behind the two types of maintenance crews are clearly different. An automobile racing maintenance crew strives to create and maintain the fastest machine possible to enable its driver to cross the finish line in first place. An aircraft maintenance crew is devoted to ensuring that the airplane can fly safely in an efficient manner to transport people and cargo crew from one place to another. Speed is the main focus of the racecar industry while cost and safety are the main focuses of an airline.

Additionally, the personnel director suggests that the automotive racing industry maintenance crews perform many of the same functions as do the airline's mechanics, "including refueling and repairing engines". Although in name these functions are similar, they are in actuality performed in very different manners with different purposes in mind. For example, refueling in the racing industry is done as quickly as possible in order to get the racecar driver back on the track immediately. Certainly care is taken to ensure safety but again it is speed that is the number one priority. Refueling an airplane does not have to be done in the shortest time possible. The safety of passengers and cargo is the top priority. Similarly, the repairing of engines differs in that the faulty repair of a car engine may lead to losing the race, but the faulty repair of an airplane engine may result in an aircraft falling from the sky with disastrous consequences. Chances or shortcuts that might be taken with an automotive engine cannot be performed on an aircraft engine. 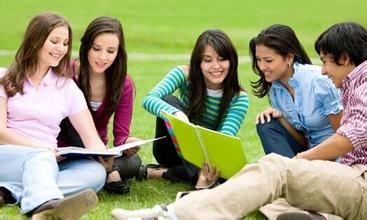 Finally, the personnel director refers to the inevitability of improved maintenance thus leading to greater customer satisfaction and therefore greater profits. This is a possible chain of events, certainly not an inevitable progression. In addition to the previously noted flaws in logic, merely spending money to send the staff to the seminar will not guarantee the stated "inevitable" benefits. It is possible that even if the seminar directly addresses aircraft maintenance and repair, the company's mechanics may already know everything that is presented, thus no improvement in maintenance will be gained. Maybe the mechanics will spend more time at the nightclubs in the area and not learn anything from the knowledge that is presented.

It is entirely possible that the personnel director's commitment to send the airline company's mechanics would indeed lead to the benefits that he or she has stated in the letter to the president. If the seminar does directly address maintenance and repair issues that actually would help the mechanics to improve the performance of their work duties, it is possible that the airline would see an increase in their efficiency and productivity. But barring some extrinsic evidence that is not included in the personnel director's letter, there are not enough facts stated to allow the president of Get - Away Airlines to make an informed decision on whether to send the mechanics to the Quality - Care seminar.
上一条信息:见招拆招，揭秘经济学paper代写d...下一条信息:48个Controversial Paper Top...