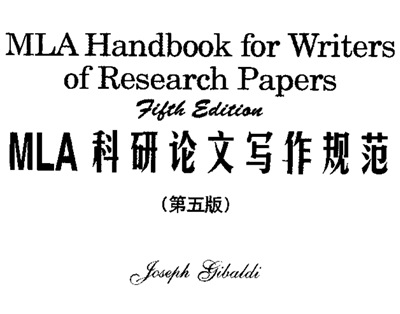 MLA has turned to a style of documentation that is based on a general method that may be applied to every possible source, to many different types of writing. But since texts have become increasingly mobile, and the same document may be found in several different sources, following a set of fixed rules is no longer sufficient.

The current system is based on a few principles, rather than an extensive list of specific rules. While the handbook still gives examples of how to cite sources, it is organized according to the process of documentation, rather than by the sources themselves. This process teaches writers a flexible method that is universally applicable. Once you are familiar with the method, you can use it to document any type of source, for any type of paper, in any field.

Here is an overview of the process:

When deciding how to cite your source, start by consulting the list of core elements. These are the general pieces of information that MLA suggests including in each Works Cited entry. In your citation, the elements should be listed in the following order:

Each element should be followed by the punctuation mark shown here. Earlier editions of the handbook included the place of publication, and required punctuation such as journal editions in parentheses, and colons after issue numbers. In the current version, punctuation is simpler (just commas and periods separate the elements), and information about the source is kept to the basics.

Begin the entry with the author’s last name, followed by a comma and the rest of the name, as presented in the work. End this element with a period.

The title of the source should follow the author’s name. Depending upon the type of source, it should be listed in italics or quotation marks.

A book should be in italics:

A periodical (journal, magazine, newspaper article) should be in quotation marks:

A song or piece of music on an album should be in quotation marks:

*The eighth edition handbook recommends including URLs when citing online sources. For more information, see the “Optional Elements” section below. 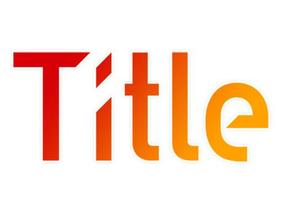 Unlike earlier versions, the eighth edition refers to containers, which are the larger wholes in which the source is located. For example, if you want to cite a poem that is listed in a collection of poems, the individual poem is the source, while the larger collection is the container. The title of the container is usually italicized and followed by a comma, since the information that follows next describes the container.

The container may also be a television series, which is made up of episodes.

The container may also be a website, which contains articles, postings, and other works.

In some cases, a container might be within a larger container. You might have read a book of short stories on Google Books, or watched a television series on Netflix. You might have found the electronic version of a journal on JSTOR. It is important to cite these containers within containers so that your readers can find the exact source that you used.“94

In addition to the author, there may be other contributors to the source who should be credited, such as editors, illustrators, translators, etc. If their contributions are relevant to your research, or necessary to identify the source, include their names in your documentation.

Foucault, Michel. Madness and Civilization: A History of Insanity in the Age of Reason. Translated by Richard Howard, Vintage-Random House, 1988.

If a source is listed as an edition or version of a work, include it in your citation.

If a source is part of a numbered sequence, such as a multi-volume book, or journal with both volume and issue numbers, those numbers must be listed in your citation.

The publisher produces or distributes the source to the public. If there is more than one publisher, and they are all are relevant to your research, list them in your citation, separated by a forward slash (/).

Women's Health: Problems of the Digestive System. American College of Obstetricians and Gynecologists, 2006.

Note: the publisher’s name need not be included in the following sources: periodicals, works published by their author or editor, a Web cite whose title is the same name as its publisher, a Web cite that makes works available but does not actually publish them (such as YouTube,WordPress, or JSTOR).

The same source may have been published on more than one date, such as an online version of an original source. For example, a television series might have aired on a broadcast network on one date, but released on Netflix on a different date. When the source has more than one date, it is sufficient to use the date that is most relevant to your use of it. If you’re unsure about which date to use, go with the date of the source’s original publication.

In the following example, Mutant Enemy is the primary production company, and “Hush” was released in 1999. This is the way to create a general citation for a television episode.

However, if you are discussing, for example, the historical context in which the episode originally aired, you should cite the full date. Because you are specifying the date of airing, you would then use WB Television Network (rather than Mutant Enemy), because it was the network (rather than the production company) that aired the episode on the date you’re citing.

You should be as specific as possible in identifying a work’s location.

An essay in a book, or an article in journal should include page numbers.

The location of an online work should include a URL.

A physical object that you experienced firsthand should identify the place of location.

The eighth edition is designed to be as streamlined as possible. The author should include any information that helps readers easily identify the source, without including unnecessary information that may be distracting. The following is a list of select optional elements that should be part of a documented source at the writer’s discretion.

If a source has been published on more than one date, the writer may want to include both dates if it will provide the reader with necessary or helpful information.

The seventh edition handbook required the city in which a publisher is located, but the eighth edition states that this is only necessary in particular instances, such as in a work published before 1900. Since pre-1900 works were usually associated with the city in which they were published, your documentation may substitute the city name for the publisher’s name.

When you cite an online source, the MLA Handbook recommends including a date of access on which you accessed the material, since an online work may change or move at any time.

As mentioned above, while the eighth edition recommends including URLs when you cite online sources, you should always check with your instructor or editor and include URLs at their discretion.

A DOI, or digital object identifier, is a series of digits and letters that leads to the location of an online source. Articles in journals are often assigned DOIs to ensure that the source is locatable, even if the URL changes. If your source is listed with a DOI, use that instead of a URL.

The in-text citation is a brief reference within your text that indicates the source you consulted. It should properly attribute any ideas, paraphrases, or direct quotations to your source, and should direct readers to the entry in the list of works cited. For the most part, an in-text citation is the author’s name and page number (or just the page number, if the author is named in the sentence) in parentheses:

Imperialism is “the practice, the theory, and the attitudes of a dominating metropolitan center ruling a distant territory.” (Said 9).

According to Edward W. Said, imperialism is defined by “the practice, the theory, and the attitudes of a dominating metropolitan center ruling a distant territory.” (9).

When creating in-text citations for media that has a runtime, such as a movie or podcast, include the range of hours, minutes and seconds you plan to reference, like so (00:02:15-00:02:35).

Again, your goal is to attribute your source and provide your reader with a reference without interrupting your text. Your readers should be able to follow the flow of your argument without becoming distracted by extra information.

Final thoughts about the eighth edition

The current MLA guidelines teach you a widely applicable skill. Once you become familiar with the core elements that should be included in each entry in the Works Cited list, you will be able to create documentation for any type of source. While the handbook still includes helpful examples that you may use as guidelines, you will not need to consult it every time you need to figure out how to cite a source you’ve never used before. If you include the core elements, in the proper order, using consistent punctuation, you will be fully equipped to create a list of works cited on your own. 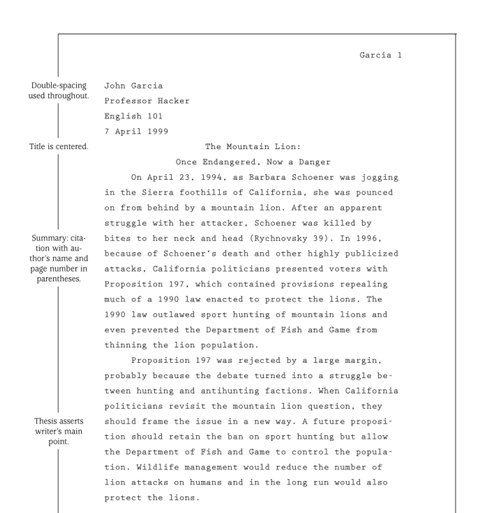