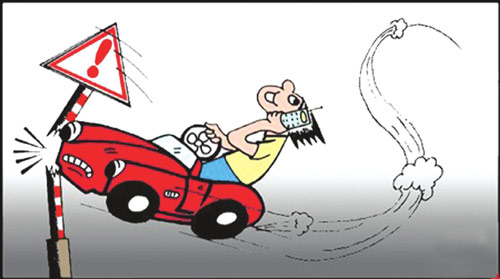 Reading Response Essay Sample Outline Format support with anecdote of friends or family thinking a call is more important than driving use statistics from article argue some people will be convinced by being educated, but not everyone use example of seatbelt laws saving lives argue that using a cell phone endangers others and not just yourself

This is a sample reading response essay to an article titled “Cell Phones are Dangerous" by Mary Johnson, agreeing with the article and extending one of the ideas.

Paragraph 1: Dramatic re-telling of a personal story of picking up my cell phone and then realizing that I am going to crash into another car. Stop the story right before the crash.

Each of these statements would be the topic sentence of one of the body paragraphs. For the first one, I also give examples of the type of arguments and support I would use to write that paragraph and prove my point.

1. Laws make people realize that cell phone driving is dangerous. (Below is an example of some support I could use to back up this idea—you can use ideas from the article but do not repeat the article.)

3. People in my generation feel obligated to take a call, but if it is illegal to call while driving, they won’t feel that pressure.

4. Using hands-free headsets won’t work because it is the call which is distracting, not holding the phone.

5. This law will save a lot of lives.

I would return to my personal story and pick it up where I left off. I do crash and there is a lot of damage to my car, but no one is hurt. I can explain my great relief that my cell phone use did not end more tragically, and my personal decision to put my cell phone where I can’t reach it while driving. End with an appeal to the reader to do the same, but to also support legislation to prohibit cell phone use while driving