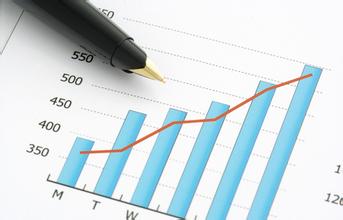 Everyday we encounter information. Information comes at us in a number of different ways and in different forms. How many calories did each of us eat for breakfast? How far from home did everyone travel today? How big is the place that we call home? How many other peoplecall it home? And that’s only the beginning of the information that is outthere. To make sense of all of this information, certain tools and ways of thinking are necessary. The mathematical science called statistics is whathelps us to deal with this information overload.

Statisticsis the study of numerical information, called data. Statisticians acquire,organize, and analyze data. Each part of this process is also scrutinized. The techniques of statistics are applied to a multitude of other areas of knowledge. Below is an introduction to some of the main topics throughout statistics.

One ofthe recurring themes of statistics is that we are able to say something about alarge group based upon the study of a relatively small portion of that group.The group as a whole is known as the population. The portion of the group that we study is the sample.

As an example of this, suppose we wanted to know the average height of people living in the United States. We could try to measure over 300million people, but this would be infeasible. It would be a logistical night mare conduct the measurements in such a way that no one was missed and noone was counted twice.

To draw good conclusions, we need good data to work with. Theway that we sample a population to obtain this data should always bescrutinized. Which kind of sample we use depends on what question we’re asking about the population. The most commonly used samples are:

It’s equally important to know how the measurement of the sampleis conducted. To go back to the above example, how do we acquire the heights of those in our sample?

·Do we let people report their own height on a question naire?

·Do several researchers throughout the country measure different people and report their results?

·Does a single researcher measure everyone in the sample with the same tape measure?

Each of these ways of obtaining the data hasits advantages and drawbacks. Anyone using the data from this study would wantto know how it was obtained

Sometimes there is a multitude of data, and we can literally get lost in all of the details. It’s hard to see the forest for the trees. That’s why it’s important to keep our data well organized. Careful organization and graphical displays of the data help us to spot patternsand trends, before we actually do any calculations.

Since The way that we graphically present our data depends upona variety of factors. Common graphs are:

In addition to these well known graphs, there are others that are used in specialized situations.

One way to an alyze data is called descriptive statistics. Here the goal is to calculate quantities that describe our data. Numbers called the mean, median andmodeareall used to indicate theaverageorcenter of the data. The range andstandard deviationare used to say how spread out the data is. More complicated techniques, such ascorrelationand regression describe data that is paired.

When webegin with a sample and then try to infer something about the population, weare usinginferentia lstatistics. In working with this area of statistics, the topic ofhypo the sistestin garises. Here we see the scientific nature of the subject of statistics, as we state a hypothesis, then use statistical tools with oursample to determine the likelihood that we need to reject the hypothesis ornot. This explanation is really just scratching the surface of this very usefulpart of statistics.

It is no exaggeration to say that the tools of statistics areused by nearly every field of scientific research. Here are a few areas thatrely heavily on statistics:

The Foundations of Statistics

Probabilitywas first studied in the 1700s by mathematicians such as Pascal and Fermat. The1700s also marked the beginning of statistics. Statistics continued to growfrom its probability roots, and really took off in the 1800s. Today it’stheoretical scope continues to be enlarged in what is known as mathematical statistics.