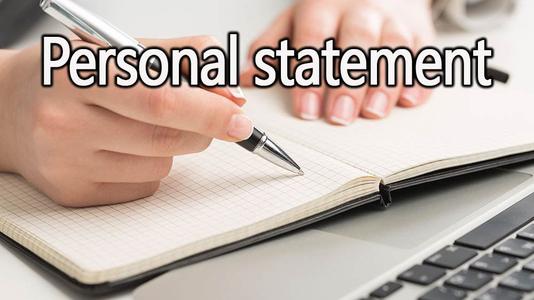 It was always expected that I would become a doctor. Both of my parents are doctors, my aunt & uncle are doctors, & my older brother is completing medical school; everyone assumed I would follow a similar path. However, for a while, I didn’t see myself following this path of my own volition: it felt like something imposed, rather than something I actually desired. I maintained solid grades in my pre-med courses, but found myself really coming alive in my electives, particularly creative writing/poetry. During my high school years & first 2 years of undergrad, I found the sciences cold & detached – far from the imaginative world of creative thinking I got to explore in my breadth requirements. So, I spent my initial undergraduate years ticking the necessary boxes & getting solid marks in my required science courses, but my heart was pulled more & more toward the humanities. At the end of my second year, I decided to carry my pre-med major, while also declaring a minor in creative writing. It wasn’t until that summer between my 2nd & 3rd years that I realized these worlds of thought are not as far removed as I’d initially (& admittedly naively) assumed.

Growing up in California, the opportunity to learn Spanish was widely available. Being particularly moved by the poetry of Pablo Neruda, I actively pursued Spanish lessons, so that I could read his moving words in their native language. Reading his works in Spanish & independently learning about his life gave his work a renewed richness & depth. I spent many office hours with my poetry professor, Dr. Wilma Salvador, soaking up her knowledge of Neruda & other such artists in 1940-80s South America, learning about the intersections of post-colonial thought, the politics of the 1st-3rd World divide, & the ways in which artists used their craft to support & foster movements of resistance in the interest of social justice. As such, when the opportunity to participate in a 2-month medical mission in rural Chile arose, I eagerly applied.

To say this mission trip was life-changing would be an understatement. Here, we worked with a mobile clinic, providing care to the most impoverished Chilean communities. Doctors spent much of that time providing inoculations to children & treatment for diseases we rarely encounter in North America. There was some resistance to our offers of help, as many in the region were suspicious of aid coming from the United States, in part due to the complex history of relations between these nations. As I am near-fluent in Spanish, I was able to transcend the language barrier; this helped me build rapport with some locals, but it wasn’t always enough to help break down those walls & encounter one another as humans working together toward a common goal: wellness. Toward the end of my 2nd week in Chile, I met with Maria & her daughter Mariposa. Both were wary of our care – Maria was rather aloof, & Mariposa was terrified of the needle they were going to use to give her a vaccination. Upon learning Mariposa’s name – which means “butterfly” in Spanish – I muttered a few lines from Pablo Neruda’s poem, “Mariposa de Otoño” (“Autumn Butterfly”). Immediately, Maria’s face lit up. She knew the poem & confessed that it was the inspiration for naming Mariposa. Seeing her mother’s relief, Mariposa, too, began to relax & open up to me. At that moment, it was as if a light shone down, illuminating the merging of paths I’d thought completely disparate. My passion for words, languages, the beauty & complexity of human communication opened a unique moment between myself & those in my care. These worlds are not separate; when brought together meaningfully & intentionally, they compliment one another.

I returned to my 3rd year of undergrad with a renewed sense of self & purpose. At last, the pieces of my “puzzle” felt like they fit together. I began taking my pre-med work more seriously, spending time talking with my professors – both in the sciences & humanities – about my interests, & the connections I saw between these 2 worlds of thought. No longer was one a barrier to overcome to get to the other; rather, they were mutually inclusive & beneficial. At this time, I really began understanding the meaning of patient-physician relationships, & the ways in which broader humanistic knowledge can facilitate such relationships – creating a stronger bond with patients leads to greater patient trust & honesty, which in turn leads to better patient outcomes. My interest in artistic expression could be a bridge between my world & that of my patients. With my 3rd year studies in global health & social justice issues, I became more knowledgeable about discrepancies & inequities in healthcare systems. By following the path of medicine, complemented by my other studies, I’m developing the tools necessary to advocate for & support patients, both within & beyond my future practice as a physician. I now understand that a doctor heals bodies, but also nurtures the humanity of each patient. Maria & Mariposa helped me see this profession in a way that has left me inspired, with a sense of mission & vocation, which I hope to see through by completing my M.D. as a passionate & driven student of both the medical & the human conditions.