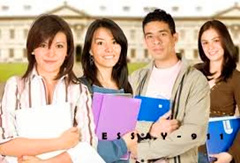 The aim of this investigation is to find out if changing the substrate concentration will have any effect on the activity of the enzyme activity.

Enzymes are a very important for all living things. This is because they are essential to life as they are used in virtually every metabolic reaction. They are designed to work within a temperature range of 5-40??C, they do this as if it was any higher it would damage living cells.

We call an enzyme a Biological Catalyst. A catalyst is a molecule which speeds up a reaction. They are very important as if they were not there reactions in cells would be to slow to support life.

The diagram below explains activation energy: -

This graph show the energy with is needed to get a reaction going i.e. activation energy.

This graph shows what happens to activation energy when an enzyme is added to the reaction. You can clearly see the difference and this shows why enzymes speed up (catalyse) reactions.

There are two types of enzyme reaction, these are: -

One amazing thing about an enzyme is that when it is used in a reaction it will come out after the reaction exactly the same it was when it went in.

Fisher's lock and key hypothesis above (diagram from Biological Science)

Once an enzyme molecule and a substrate molecule have joined together it is called an enzyme/substrate complex.

When you investigation enzyme activity there are several variables you can change or modify, these are: -

Temperature - this is where you would keep the same amount of substrate and enzyme but change the temperature. You would have a large range of temperatures (probably 10??C to 60??C). This is so you can see when the enzyme is denaturized at 40?? and then see the enzyme activity drop.

Ph level - this is where you would test the same amount of substrate and enzyme but change the ph level. You would probably use a wide range of ph levels to see how it behaves in an acid, neutral and an alkaline solution.

Inhibitors - this is where you use the same enzyme and substrate concentration but change the amount of inhibitors used. I.e. you could have 0% inhibitors to 100% inhibitors. This would show you what affect in inhibitors have on enzyme activity.

In this investigation it will look at how Substrate Concentration affects enzyme activity.

What enzyme and substrate?

For the investigation the enzyme and substrate that will be used is Hydrogen Peroxide and Yeast. Hydrogen is the substrate and yeast is the enzyme. The formula for the reaction is:-

The enzyme can speed up the reaction rate of the hydrogen peroxide because yeast enzyme fits the hydro peroxide active site. When the yeast binds with the substrate it creates an enzyme-substrate complex. The enzymes interaction with substrate causes it to break down into two product molecules (water and oxygen) leaving the yeast enzyme unchanged.

What must be kept the same?

To ensure that the investigation is reliable there are several steps which have to be taken to ensure this. These are:-

Use same enzyme concentration in each test