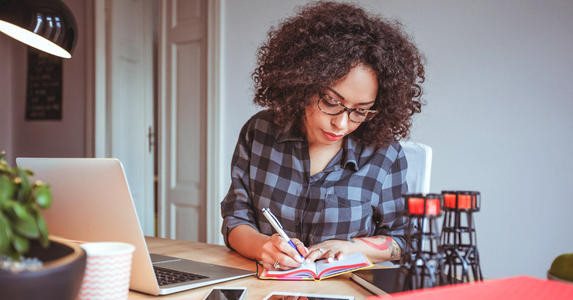 Coherence in a piece of writing refers to the principle that all paragraphs, sentences or ideas in it fit together so well that they form a united whole. Coherent writing has smooth structural, grammatical, and logical movement from one sentence to the next, from one idea to the next, and from one paragraph to the nest. When reading a coherent piece of writing, the reader does not have to pause and guess at the meaning caused by gaps in development between ideas, sentences and paragraphs.
Coherence（连贯性）在写作中指在一篇文章里，所有的段落，句子或者观点都紧密联系并组成一个关联的整体。具备连贯性作文在句子之间，观点之间，段落之间，具有结构上，语法上以及逻辑上的流畅。当阅读一篇连贯的作文，读者不会因为观点，句子和段落之间意思的跳跃间断而停下来思考。

Coherence at the overall level means that the information arrangement and structure of a piece of writing should follow the logical thinking and the expectation of the readers, and that the sentences express the meaning that is intended by the context. Although different individuals may have their own opinions about a topic, their expectation and logic of thinking are similar. More specifically, if an author announces that he is writing an essay on sports, which is the context the readers will expect him to discuss athletics, swimming, or ball games, all of which lie within the context of sports. If he unexpectedly goes on with a discussion of economic problems in his home country, the readers will certainly become confused, since the writer is talking out of the context.
整体水平的连贯性意味着，一篇文章的信息组织和结构，应该符合逻辑思考及读者的期望，句子传递的意思是上下文本身的意图。即使不同的人对一个话题，可能有他们自己的不同看法，但是他们的期望和逻辑思考是相似的。更具体来说，如果一个作者声称他正在写一篇有关运动的论文，那么读者就会期待他讨论田径运动，游泳或者球类运动，所有都在他所写的运动的背景之中。如果他出乎意料地开始讨论一个他自己国家的经济问题，读者肯定会很懵逼，因为作者跑偏了他的话题背景。

Coherence at the local level means that different sentences and paragraphs are logically and smoothly linked to express the intended meaning: the central idea is prominent, the key words are repeated, and the scope of discussion is restricted within the intended range.
部分水平的连贯性意味着，一篇文章中，句子和段落都符合逻辑地流畅地连接在一起来传递意思。中心观点明确，关键词被重复，讨论的范畴都在话题意思之内。

The following is an extreme example of an incoherent paragraph:
Yesterday morning, I went to a bookstore. All the foods on the shelf are very fresh and cheap. As my other took some beautiful pieces of furniture home. When I came out of the movie theatre, I found it had snowed in the afternoon.

In the above paragraph, a reader would expect the first sentence to be the context, “I went to a bookstore yesterday”. The reader will then expect an account of what new books he found and bought. However, none of the following sentences refer to the bookstore anymore. Thus, although all the sentences are grammatically correct, they do not form a coherent paragraph and thus fail to convey any coherence meaning.

Chinese relies more on the connection of meaning, including meaning between the lines. Therefore, the Chinese language often leaves the connection of meaning to the readers themselves. When students with a Chinese background write in English, they tend to follow their Chinese way of thinking. On the other hand, English relies more on explicit cohesive devices employed within the flow of the text, in the form of words, phrases, repetition, etc., providing more linguistic and logical information for the reader. If one examines a piece of native English speaker’s writing carefully, one will find that cohesive devices appear almost everywhere in that piece of writing.

Grammatical devices.
Refer to the grammatical connections between different sentences. The agreement of tense and number is one of the devices, and parallel structure is another example.

Lexical devices.
Refer to the connection achieved by the choice of words and phrases, such as the use of pronouns to replace ordinary or proper nouns, the use of synonyms, etc..


Use pronouns to replace noun or noun phrases.
使用代词替代名词和名词短语

Napoleon was a great soldier. He was also a great administrator.
He decided to take some heavy shoes with him. He thought that these would be useful in case he went walking.

Use pronominal forms to replace adverbials of time and place.
使用代词替代时间地点

We called on them soon after breakfast. We should have realised that this was a bad time for a visit.
I decided to take my books back to the library. When I got there, I found it was closed.

Use pronominal forms to replace clauses or sentences.
使用代词替代分句或句子

Some students work all night just before an exam. This is a great mistake.

These train services are not used very much by commuters. As a rule, commuters tend to travel much earlier.

Use synonyms or words of similar meaning to express the same idea.
使用同义词或近义词传递同等意思

You will need to take some tools with you. You can buy a hammer, a saw, and a screwdriver at any hardware store.

Seven people have been arrested so far. The arrests were made late last night.

We hold these truths to be self-evident, that all men are created equal, that they are endowed by their creator with certain unalienable tights, that among these are life, liberty, and the pursuit of happiness.