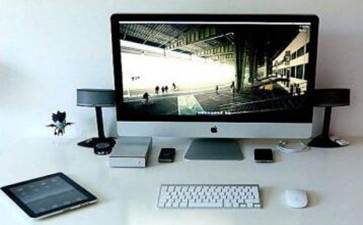 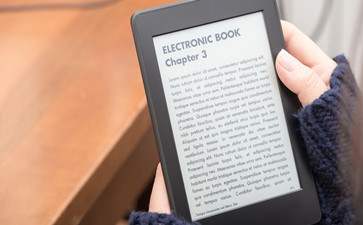 
It is well known that fluctuations in U.S.economic growth have a significant impact on world economic growth.It is generally believed that the us recession and growth affect other economies mainly through two channels,one is trade channel,the other is financial market channel.In terms of trade channels,the expansion of the us foreign trade deficit has become a major force affecting other countries' economies.Therefore,the dependence on the us trade is an important factor to determine the extent to which the country is affected by the us recession.As far as financial market channels are concerned,with the increasing financial correlation among countries,the price correlation of similar assets in each country is also increasing.Therefore,the more open a country's financial system is,the stronger the synchronous volatility between the country's financial market and the United States will be.Ayhan Kose and Christopher Otrok in order to quantify the global business cycle itself and its scope,set up two different dynamic factor model,one is annual model of 93 countries,one is the group of seven quarterly model,analysis shows that the United States and the European Union economic growth margin of spillover effects of trade partners completely correlation is consistent with its trade,and financial correlation is higher and the United States through spillover effect is bigger.Spillover effects in order to further study in the United States,the international monetary fund,the researchers will a country to trade volume share of American GDP ratio to measure the depth of the country's trade with the United States, through the analysis of the panel that the United States economic growth impact on economic growth in Latin American countries is quite significant,for new industrial countries and asean countries have obvious short-term impact.Alberto chon used the combined share of a country's foreign exchange assets and foreign exchange liabilities as a share of GDP,as well as the ratio of U.S.assets held to U.S.residents' debt and GDP to measure the depth of the country's financial ties to the United States,and analyzed the impact of U.S.GDP fluctuations on the country.

As we all know,money has five functions:value measure,circulation means,storage means,payment means and world currency.Among them,the value measure and circulation means are the basic functions of money,the other three functions are successively appeared in the development of commodity economy.With the evolution of commodity economy,market economy and financial economy,many financial assets have monetary functions.As for which assets are so functional,James Tobin notes that this is determined by the underlying nature of such assets and the markets in which they are traded.To this end,he attributes these assets to liquidity,reversibility,separability,predictability of value,and return and return attributes.In particular,he emphasized that liquidity refers to the degree and speed of the realization of asset value.Whether an asset has a part of the function of money depends not only on the liquidity itself in this sense,but also on the combined performance of the above five characteristics.Only to a certain extent can the asset be"quasi-currency".It is precisely because there is no accurate measure of this composite performance that it is impossible to tell which assets belong to"quasi-currencies",so these"quasi-currencies"and currencies are collectively referred to as liquidity.

Based on the above liquidity meanings,liquidity can be divided into three levels,namely monetary liquidity,banking system liquidity and financial market liquidity,according to the entity creating liquidity, such as central bank,commercial bank and financial market.These three levels of liquidity are related to each other,forming a causal chain of monetary and financial influence on economic activities.Due to different research perspectives,the liquidity vectors selected by various literatures are quite different.The purpose of this study determines that the liquidity vector selected in this paper must satisfy three conditions.Second,the carrier has a strong influence on the financial market and even the macro economy or should have a good explanatory power in line with economics.Third,the data is available and quantifiable.

Based on the above understanding,the research institute of citic securities took the velocity of money circulation as the carrier to measure the liquidity of us dollar,and set the velocity of money circulation the growth rate of production in 32 industries+the inflation rate-the growth rate of money. Tobis Adrian and Hyun song sbin used the cumulative growth rate of financial institutions'balance sheets as a measure of dollar liquidity.Most literatures take M2 as the measure carrier of liquidity.The M3,which has been recommended in some literature,was excluded because the fed stopped publishing the data from March 2006 and lacked the availability of the data.

The indicators such as M2 and the sum of the total credit level of commercial Banks and financial institutions can meet the first and third conditions as liquidity carriers.This paper adopts the quarterly data of M2 growth rate and GDP growth rate published by the fed website database.The sample interval is from the first quarter of 1984 to the fourth quarter of 2009.After the single-root test,co-integration test and granger causality test,it is found that there is no obvious granger causality between M2 growth rate and GDP growth rate.It can be seen that the use of M2 as a us dollar liquidity carrier does not meet the second condition.

According to the traditional macroeconomic framework,the spillover effect of us economic growth is to affect other countries'economy through trade channels,financial channels and foreign investment. When we go deep into the level of us dollar liquidity,these three channels are only the manifestation of the spillover of us dollar liquidity cycle at the level of international economy and macro.Its overflow has the following properties:

For further investigation of dollar liquidity and imports of U.S.trade and services as well as the relations between the United States foreign financial investment,about 1983 to 2009 dollar liquidity, imports of U.S.trade and services,and the United States foreign financial investment of co-integration analysis and granger causality analysis,to determine whether there is a long-term and stable relationship and the relationship between the before and after.The data use the first quarter of 1983 to the fourth quarter of 2009 for the three indicators published on the federal reserve website.

The total credit size of commercial Banks and financial institutions in the United States as a measure of the liquidity performance of the dollar accurately and comprehensively reflect the tightness of the dollar liquidity.This index has the following characteristics.Firstly,it has a strong influence on the us financial market and even the macro economy and has a good explanatory power in line with economics. Secondly,the index data is available and quantifiable.Its periodic change and the periodic change of American economic growth have very strong phase;Fed rate cuts or rate hikes are not the absolute determinant of liquidity release.