Those who argue that----(正观点) have the reasons as follows。

Others also have their own opinions。( 反观点)

结尾：提出自己的想法(解决方法、办法或手段)Under such circunstancens,we ought to take drastic measures to lessen the phenomenon. Only in this way can the problem be solved。

Recently, the problem of … has aroused people’s concern.

Internet has been playing an increasingly important role in our day-to-day life. It has brought a lot of benefits but has created some serious problems as well.

Nowadays, (overpopulation) has become a problem we have to face.

It is commonly believed that… / It is a common belief that…

Many people insist that…

With the development of science and technology, more and more people believe that…

A lot of people seem to think that…

People’s views on… vary from person to person. Some hold that… . However, others believe that…. 人们对…的观点因人而异.有些人认为….. 然而其他人却认为．．．

People may have different opinions on… 人们对…可能会有不同的见解.

Attitudes towards (drugs) vary from person to person. 人们对待吸毒的态度因人而异.

There are different opinions among people as to… 关于…. 人们的观点大不相同.

Taking all these factors into consideration, we naturally come to the conclusion that…

Taking into account all these factors, we may reasonably come to the conclusion that…

Hence/Therefore, we’d better come to the conclusion that…

There is no doubt that (job-hopping) has its drawbacks as well as merits.

All in all, we cannot live without… But at the same time we must try to find out new ways to cope with the problems that would arise.

It is high time that we put an end to the (trend). 该是我们停止这一趋势的时候了.

Obviously,…. If we want to do something… , it is essential that…

Only in this way can we… 只有这样,我们才能…

It must be realized that… 我们必须意识到…

Obviously, if we don’t control the problem, the chances are that… will lead us in danger.

No doubt, unless we take effective measures, it is very likely that…

It is urgent that immediate measures should be taken to stop the situation.

From my point of view, it is more reasonable to support the first opinion rather than the second.

I cannot entirely agree with the idea that… 我无法完全同意这一观点….

Personally, I am standing on the side of … 就个人而言,我站在…的一边.

I sincerely believe that… 我真诚地相信…

In my opinion, it is more advisable to do … than to do….

Finally, to speak frankly, there is also a more practical reason why…

This phenomenon exists for a number of reasons. First, … Second, … Third, …

Why did… ? For one thing… For another…. Perhaps the primary reason is…

I quite agree with the statement that… the reasons are chiefly as follows.

Here are some suggestions for handling… 这是如何处理某事的一些建议.

The best way to solve the troubles is… 解决这些麻烦的最好办法是…

People have figured out many ways to solve this problem. 人们已找出许多办法来解决这个问题.

As far as something is concerned, …. 就某事而言,…

It was obvious that… 很显然,….

It may be true that…, but it doesn’t mean that… 可能…是对的,但这并不意味着…

It is natural to believe that… , but we shouldn’t ignore that…

There is no evidence to suggest that… 没有证据表明…

still, Indeed, apparently, oddly enough, of course, after all, significantly, interestingly, also, above all, surely, certainly, undoubtedly, in any case, anyway, above all, in fact, especially. Obviously, clearly.

by contrast, on the contrary, while, whereas, on the other hand, unlike, instead, but, conversely, different from, however, nevertheless, otherwise, whereas, unlike, yet, in contrast.

for example, for instance, such as, take …for example. Except (for), to illustrate.

later, next, then, finally, at last, eventually, meanwhile, from now on, at the same time, for the time being, in the end, immediately, in the meantime, in the meanwhile, recently, soon, now and then, during, nowadays, since, lately, as soon as, afterwards, temporarily, earlier, now, after a while.

first, second, third, then, finally, to begin with, first of all, in the first place, last, next, above all, last but not the least, first and most important.

in other words, in fact, as a matter of fact, that is, namely, in simpler terms.

although, after all, in spite of…, despite, even if, even though, though, admittedly, whatever may happen.

however, rather than, instead of, but, yet, on the other hand, unfortunately. whereas

for this reason, due to, thanks to, because, because of, as, since, owing to.

as a result, thus, hence, so, therefore, accordingly, consequently, as consequence.

on the whole, in conclusion, in a word, to sum up, in brief, in summary, to conclude, to summarize, in short.

Mostly, occasionally, currently, naturally, mainly, exactly, evidently, frankly, commonly, for this purpose, to a large extent（在很大程度上）, for most of us, in many cases, in this case,

As is shown in the graph… 如图所示…

The graph shows that… 图表显示…

As can be seen from the table,… 从表格中可以看出…

From the chart, we know that… 从这张表中,我们可知…

All these data clearly prove the fact that… 所有这些数据明显证明这一事实,即… 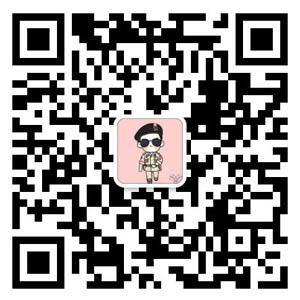