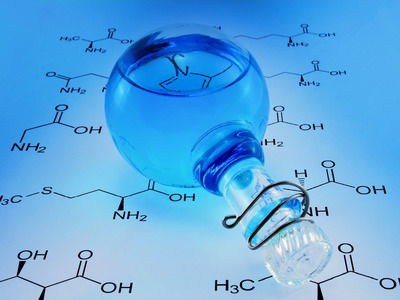 DA Armbruster et al (1994) stated that "the limit of detection may be determined statistically based on measuring replicate blank negative samples or empirically by measuring progressively more dilute concentrations of analyte".
Limit of detection (In analysis)

"Limit of detection is expressed as the concentration, cl, or the quantity, ql, is derived from the smallest measure, xl, that can be detected with reasonable certainty for a given analytical procedure. The value of xl, is then given by the equation:

Where xbi = Mean of the blank measures

K = The numerical factor chosen according to the confidence level desired". (IUPAC Compendium of Chemical Terminology 2 (2007)).

Stating the water supply (Water Quality) Regulations 2001, "trueness also referred to as the systematic error is the calculated difference between the true value and the main value of the large number of repeated measurements".
Andrzej Bobrowski et al (2004) stated that "trueness indicates the closeness between an accepted reference value and the average value of the considered laboratory test".

Practically, it is defined as "the closeness of agreement between the mean of the result of a measurements of a measurand obtained specifically between day precision conditions and the true or conventional true value of the measurement" Dr. Xavier Fuentes-Arderiu (2009).

By stating the water supply (Water Quality) Regulations 2001, "precision also referred to as the random error is being calculated as twice the standard deviation (within a batch and between batches) of the spread of result about the mean".

According to Andrzej Bobrowski et al (2004), "precision indicates the closeness of agreement between independent test results obtained under stipulated conditions and thus, should be obtained by using the standard fortified samples (blanks) at different circumstances across working range. The most common way to express precision is in form of standard deviation. However, it is also expressed as a variance or a coefficient of variation".

According to the Water Supply (Water Quality) Regulations 2001, Benzene is indentified as a chemical parameter under part 1 directive requirements with maximum concentration value of 1.0 and it is measured in ?μg/1. Its point of compliance is in the consumer's taps.

Under the part 1 directive requirements of the Water Supply (Water Quality) Regulations 2001, Escherichia coli is a microbiological parameter with maximum concentration value of 0, unit of measurement in Number/100ml and point of compliance in the consumer's taps.

According to the Water Supply (Water Quality) Regulations 2001, Manganese is a part II national chemical parameter with maximum concentration value of 50, unit of measurement as ?μg/Mn/1 and its point of compliance is in the consumer's taps.

Coliform bacteria is a part II national microbiological parameter Water Supply (Water Quality) Regulations 2001 with maximum concentration at 0, unit of measurement as Number/100ml and its point of compliance is at the service reservoir and water treatment works.

Exposure to benzene causes depression of the central nervous system (CNS), drowsiness, and nausea, loss of co-coordination, confusion and unconsciousness. "At 25 ppm, it has no effects, but between 50 to 150 ppm, it produces headaches and tiredness" (Canadian centre for occupational health and safety (2007)).

Long term exposure or inhalation of benzene causes blood disorders in the human. Specifically, benzene affects the bone marrow and causes damages to the immune system. Also, chronic exposure to benzene in women leads to reproductive effects such as decrease in the size of the ovaries, menstrual disorders etc.
It causes severe bloody diarrhoea and abdominal cramps. In children below age 5 and the elderly, it causes an infection called "haemolytic uremic syndrome", which destroys the red blood cells and leads to kidney failure (US Environmental protection Agency (2006)). 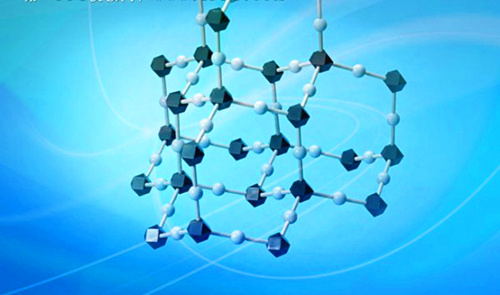 In the book by Levy J.S and Nasetta W.J (2003) "Chronic inhalation of manganese into the human body may cause damage to the nervous system and the respiratory tract".

Excessive exposure to manganese causes an irreversible brain disease with a prominent psychological and neurological disturbance which looks like "Parkinson diseases" also known as "Manganism" (Bureau of Environmental health (2009)).

"Basically, coliform bacteria do not cause sickness in human but their presence in a water gives rise to public health concerns due to the potential of other pathogenic or disease causing organism like bacteria, protozoa and viruses also being present in the water. The waterborne diseases from these organisms involves flu-like systems such as fever, diarrhoea vomiting and nausea" (Michigan Department of Environmental Quality (1998)).

Quick notification of difference or variance in wastewaters and natural water.

Conductivity is used in the determination of the amount of treatment chemicals to be added in a water sample.

Lastly, it is used in the estimation of the size of samples to be for other chemical analyses.

Quality of the abstracted water

The Abstracted water in Peidiwch Yfed y Dwr is comprised of chemical parameters with values that does not correspond with the value stated by the Water Supply (Water Quality) Regulations 2001. According to the regulations, the limit for iron in water is 200?μg/l which is below 2mg/l, the concentration level of iron in the abstracted water. Binnie et al (2002) stated that "iron may be derived from raw water or from corrosion of iron water mains and they are common in ground waters" (p9). High concentration of iron makes water corrosive with reddish or brownish yellow stains. (See figure 1 below). "It will also have operational effects on the plumbing equipments due to corrosion which might result in blocking up the water distribution system" Binnie et al, (2002).

The water regulation allows maximum concentration value of 50?μg/l for manganese which is below the concentration of manganese in the abstracted water. "Manganese is derived from raw water" Binnie et al, (2002) and since the level of manganese in the water is 1mg/l, the water will be toxic which causes "Toxicity to the nervous system something similar to Parkinson's disease" (Connecticut department of public health(2010)).

The abstracted water having a pH of 6.3 makes it acidic. The required pH for water under the regulations is 6.5. Due to its acidic nature, it would contain metal ions which causes a "blue green" staining of the sinks and damage to metal piping due to corrosion and health risk associated with the toxic metals.

Hard water relates to the level of calcium and magnesium compounds present in water. Hard water does not pose a health risk but it causes scale in water. Water hardness ranging between 60 - 120 mg/l is moderately hard (American ground water trust (2003)). Since the hardness is 70mg/l, the content is not acceptable.

The concentration of polycyclic aromatic hydrocarbons allowed under the regulations is 0.10?μg/l which is above the concentration of polycyclic aromatic hydrocarbon in the abstracted water. According to N.F. Gray (1994) "World health organization has set a level for 3,4-benzopyrene of 10ng/l which is equivalent to 0.00001mg/l. Water containing more than these amounts would cause gastrointestinal and oesophageal tumours" (p 147).

Cryptosporidium outbreak in the town may occur due to faecal-contamination of the water resources directly or indirectly by sewage or animal waste. According to Gray (1994), "they are parasitic protozoa that forms oocyst which allows them to survive longer in water while waiting to be ingested by a host"(p160) (See figure below)."Low level exposure to the oocyst is capable of initiating an infection" Rose (1990) and in a study by Blewett et al (1993) "it was indicated that a single oocyst may be enough to cause infection". N.F. Gray (2004) stated that "the main symptoms of cryptosporidiosis are stomach cramps, nausea, dehydration and headaches"(p160).

To make the abstracted water wholesome, it will undergo some treatment process. Firstly, the concentration of iron and manganese in the water are at 2mg/l and 1mg/l respectively compared to 200?μg/l and 50?μg/l which is the value for the water to be wholesome. Therefore, it would be treated by coagulation or flocculation which is the addition of chemical such as ferric sulphate that forms floc and entraps the impurities in the water. The floc will then be separated from the water through sedimentation. To remove the taste and odour, the water will undergo aeration, ozonation and adsorption on actuated carbon.

The pH level will be adjusted to 6.5 by adding alkaline substances such as calcium carbonate i.e. free lime or by aeration. The water will then undergo boiling at a very high temperature so that the bicarbonate will decompose to produce calcium/magnesium carbonate which is not soluble in water. Thus, it precipitates out thereby reducing the hardness of the water. Carbon filtration will be done in other to reduce the total pesticides present to 0.50?μg/l which is the level required by the regulation.

The advantage of coagulant water treatment is that it is very effective in removing particles that are otherwise very difficult to remove in water.

The advantage of using activated carbon filters in water is that it effectively removes organic contaminants from the water.

The advantage of using ultra violet water filters in treating the effect of cryptosporidium is due to the fact that it generally kill 99.9% of bacteria and viruses in water.

The advantage of chlorine disinfection is that it is cheap and readily available in gas, liquid or powder.

The disadvantage of coagulants is the cost and the need for accurate dosing and frequent monitoring.

In using water softeners, the disadvantage involved is that the output water may not be suitable for drinking.

The disadvantage in the use of carbon filters is that it does not remove microbes, nitrates, sodium and hardness.

The disadvantages of using ultraviolet water filters in treating the effect of cryptosporidium is that it only kills the bacteria, it won't remove the dead cell and other contaminants in the water.

The disadvantage of chlorine disinfection is taste and odour problems.

Water is usually given an appropriate treatment to ensure the water supply is of high and consistent quality. A potential treatment train flow chart to produce water meeting the requirements of the Water Supply (Water Quality) Regulation 2001 is shown below: