Figures, Tables, and Other Images

Insert tables and figures within your document either scattered throughout the text or all together at the end of the file. Use the Table drop-down menu to create your tables; do not insert your figures in text boxes. Figures should have no background, borders, or outlines. In the electronic template, use the “Figure” style from the pull-down formatting menu to type caption text. You may also insert the caption by going to the Insert menu and choosing Caption. Make sure the label is “Fig.,” and type your caption text in the box provided. Captions are bold with a single tab (no hyphen or other character) between the figure number and figure description. See the Table 1 example for table style and column alignment. If you wish to center tables that do not fill the width of the page, simply highlight and “grab” the entire table to move it into proper position. 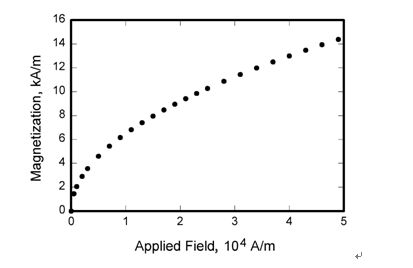 Fig. 1     Magnetization as a function of applied fields

Place figure captions below all figures. If your figure has multiple parts, include the labels “a),” “b),” etc., below and to the left of each part, above the figure caption. Please verify that the figures and tables you mention in the text actually exist. When citing a figure in the text, use the abbreviation “Fig.” except at the beginning of a sentence. Do not abbreviate “Table.” Number each different type of illustration (i.e., figures, tables, images) sequentially with relation to other illustrations of the same type.

Figure axis labels are often a source of confusion. Use words rather than symbols wherever possible. As in the Fig. 1 example in this document, write the quantity “Magnetization” rather than just “M.” Do not enclose units in parentheses, but rather separate them from the preceding text by commas. Do not label axes only with units. As in Fig. 1, for example, write “Magnetization, A/m” or “Magnetization, A m-1,” not just “A/m.” Do not label axes with a ratio of quantities and units. For example, write “Temperature, K,” not “Temperature/K.”

Equations are centered and numbered consecutively, with equation numbers in parentheses flush right, as in Eq. (1). Insert a blank line on either side of the equation. First use the equation editor to create the equation. If you are using Microsoft Word, use either the Microsoft Equation Editor or the MathType add-on (http://www.mathtype.com) for equations in your paper, use the function (Insert>Object>Create New>Microsoft Equation or MathType Equation) to insert it into the document. Please note that “Float over text” should not be selected. To insert the equation into the document, do the following:

Select the “Equation” style from the pull-down formatting menu and hit “tab” once.

Enter the equation number in parentheses.

A sample equation is included here, formatted using the preceding instructions. To make your equation more compact, you can use the solidus (/) or appropriate exponents when the expression_r is five or fewer characters.  Use parentheses to avoid ambiguities in denominators.

(1)Be sure that the symbols in your equation are defined before the equation appears, or immediately following. Italicize symbols (T might refer to temperature, but T is the unit tesla). Refer to “Eq. (1),” not “(1)” or “equation (1)” except at the beginning of a sentence: “Equation (1) is…” Equations can be labeled other than “Eq.” should they represent inequalities, matrices, or boundary conditions. If what is represented is really more than one equation, the abbreviation “Eqs.” can be used.

A parenthetical statement at the end of a sentence is punctuated outside of the closing parenthesis (like this). (A parenthetical sentence is punctuated within parenthesis.) In American English, periods and commas are placed within quotation marks, like “this period.” Other punctuation is “outside”! Avoid contractions; for example, write “do not” instead of “don’t.” The serial comma is preferred: “A, B, and C” instead of “A, B and C.”

If you wish, you may write in the first person singular or plural and use the active voice (“I observed that…” or “We observed that…” instead of “It was observed that…”). Remember to check spelling. If your native language is not English, please ask a native English-speaking colleague to proofread your paper.

The word “data” is plural, not singular (i.e., “data are,” not “data is”). The subscript for the permeability of vacuum µ0 is zero, not a lowercase letter “o.” The term for residual magnetization is “remanence”; the adjective is “remanent”; do not write “remnance” or “remnant.” The word “micrometer” is preferred over “micron” when spelling out this unit of measure. A graph within a graph is an “inset,” not an “insert.” The word “alternatively” is preferred to the word “alternately” (unless you really mean something that alternates). Use the word “whereas” instead of “while” (unless you are referring to simultaneous events). Do not use the word “essentially” to mean “approximately” or “effectively.” Do not use the word “issue” as a euphemism for “problem.” When compositions are not specified, separate chemical symbols by en-dashes; for example, “NiMn” indicates the intermetallic compound Ni0.5Mn0.5 whereas “Ni–Mn” indicates an alloy of some composition NixMn1-x.