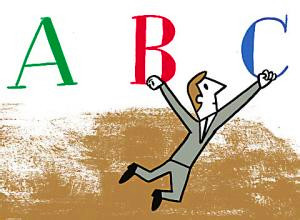 The purpose of this paper is to ascertain how new information takes core argument positions in the succeeding clauses and how these participants are tracked throughout the discourse. This study will show that in Chabacano-Caviteño, (a) lexicalization is the most prominent reference tracking device employed to track a given information, (b) pronominalization is used to disambiguate the referents in instances where there are more than one participant, and (c) zero anaphora is utilized for situations where there are no competing information to be tracked. I will also argue that Chabacano-Caviteño indicates an ergative discourse pattern while bearing an accusative pattern in its grammatical relations.

The Chabacano language, technically known to other linguists as Philippine Creole Spanish (Lipski 2003), while garnering growth on its number of speakers in southern Philippines, regrettably loses influence in Cavite City . Although there have been efforts from the speakers themselves to revive the use of this language, it is hoped that this research will somehow contribute to the encouragement of the speakers to continue using it, and of other researchers in analyzing this language.

Reference tracking is one of the most vital functions of language, and languages exhibit amazing features in employing this function (Foley and Van Valin 1984). The goal of this study is to elucidate how Chabacano speakers track a specific participant in a discourse. By determining how a language track references, a system of its discourse structure may be observed. In Du Bois (1987), the ergative pattern of the grammatical relations in the Mayan languages was paralled with its discourse pattern which also exhibits an ergative pattern. In Chabacano, however, grammatical relations are in the nominative-accusative pattern, so it is a considerable task to determine if its discourse pattern would also exhibit an accusative pattern or not.

This paper is subdivided into six parts. Section I comprises this introduction, Section II gives the previous works on Chabacano languages in general, and the Chabacano-Caviteño in particular, Section III probes the nominative-accusative pattern of grammatical relations in Chabacano; section IV deals with the reference tracking devices of Chabacano; section V gives evidence to the ergativity of its discourse pattern, and the last section, Section VI, shall conclude this study.

The data used in this study are (a) five retellings of the Pear film (Chafe 1983), and (b) two personal stories (See Appendix). In getting the pear story data, informants were shown the film and then asked to narrate what they have seen and these were audio-recorded. The recorded narration was then replayed with every intonation units, and the narrators themselves translated every word in their narration into Tagalog, of which the researcher transcribed into a written text. The two personal stories are also transcribed in the same manner as mentioned above; the data were gathered on several trips to Cavite City.