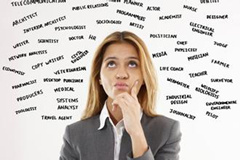 Sony is a multinational corporation comprising of other corporations engaged in different businesses that fall under one corporate structure. According to Cooper and Glazer (2010) it involves a parent company and subsidiaries, the parent company in this case was started in Konan, Minato, Tokyo, Japan, it’s considered to the largest media conglomerate with revenues estimated to be more than $ 267.1 in 2011 fiscal year. The company’s business corporation include Sony corporations (electronics), Sony financial services, Sony pictures (movies& music) and Sony computer entertainment. Sony also produces communication items and video games for it customers and professional market (Byars 1991). This report is written on Corporate Strategy Sony Corporation.

To create exciting new digital entertainment experiences for consumers by bringing together cutting-edge products with latest generation content and services.

To develop a wide range of innovative products and multimedia services that challenge the way consumer’s access and enjoy digital entertainment. The level of saturation within the electronics industry is placing huge difficulties and pressures on Sony in achieving long term competitive advantage. However, The Sony Corporation appears to be striving, achieving record growth to the point where analysts have said it could become the world’s largest electronics industry with time. The purpose of this paper is to understand what origins have driven the success of the Sony organisation. Incorporated within this document: first the paper delves into a brief history of Sony Corporation and then into the description and application of strategic analytical tools. Finally it will provide conclusion to the findings.

Sony Company was started by two electrical engineers geniuses Masaru Ibuka and Akio Morita in Japan the year 1946.they were concerned with what the company was to make and how it would be made (McCurry 2008). Their advice was used in production of transistors which they pioneered in its invention. Sony research and development is different from those of other companies with its great flexibility in its essence. Sony is still a Japanese company traditionally. Employment is lifetime with strategy creating values being observed strongly through employee actions. Instead of fringe benefits and bonuses for superior achievements, employees are given status through awards (crystal award). There is also the strong seniority system such as the mentor and apprentice relationship that’s typical of Japanese firm. Strategy formation is considered a collective behaviour.

Competitive advantage is a description of how an organization is able to achieve success over her competitors. This strategy aims at giving customers quality services unlike the ones offered by the competitors that enable the given organization to earn a high average return in terms of profits (Byars 1991).  The competitive strategy should be in line with the organization’s goals and a true reflection of the market where the given organization is situated. It is defined as “delivering superior value to customers and in doing so earning an above average return for the company and its stakeholders”. Potters (1998) states ‘Competitive advantage is achieved whenever you do something better than the competition’ (Capron & Glazer 1987).  Porter goes on to suggest in his work that competitive advantage “grows out of the value a firm is able to create for its buyers that exceeds the firms cost of creating it”. (Kotler 1998). Competitive advantage should support organisational strategy and reflect key market capabilities

This is the internal organization of the business and how it operates including the factors that affect its smooth operation (Kotler & Schlesinger 1991). Sony being the world largest electronic manufacture since 1946 it engages in research and development for it to maintain its leading position in the market. Sony global (2010) states that the electronic business sector is currently Sony’s cash cow representing 65% of the total revenues. In this segment, two products are vital: TVs (25% of the electronics revenues) and digital and video cameras (21% of the revenue). According to Data monitor, the global consumer electronics market grew by 4% in 2008 to reach a value of $267.2 billion. In 2013, the global consumer electronics market is forecast to have a value of $306.1 billion; therefore research on this area will be pivotal in market share command. This business sector employs world class marketing tactics and skills thus making Sony an international mega brand. At this stage to answer what make the electronics sector such a successful world class business unit in the selected market of China we will look at:更多留学生论文代写知识，请登录：http://www.lxws.net/

Accounting ration analysis is the ratio that is mostly used to evaluate the relationships that exist among the financial statement items. These ratios are used to come up with the trends within a given period of time for a given company and to compare the performance of two or more companies. With theses ratios one would be able to know the success of an organization. Financial statement analysis looks into the liquidity of a business, the profitability, and its solvency (Capron & Glazer 1987).

In the year 2011 Sony electronics operating profit margin accounting ratio in China market was 0.018 (0.045 in the year 2010), return to shareholder equity was 0.006 (0.007 in 2010) while total asset return was 0.002(0.002 in 2010).the high investment rate does not correspond to the business sectors profitability. These poor results show that aspects of the electronic sector had not been managed well in China thus making it hard to achieve average even returns.