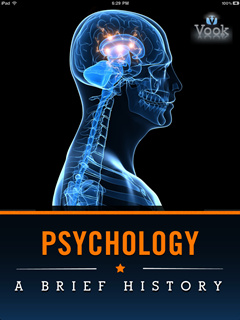 Critical Evaluation of Machin and Spall (2004)

A critical evaluation of a paper by Machin and Spall which develops a practical model for supporting people suffering from grief and loss through counselling. The model is rooted in a measurement scale, the ‘Adult Attitude to Grief Scale’ which is extended in scope.  Machin and Spall’s paper is briefly summarised, then key strengths and weaknesses are highlighted.

The following critically evaluates a paper by Linda Machin and Bob Spall, ‘Mapping grief: a study in practice using a quantitative and qualitative approach to exploring and addressing the range of responses to loss’, published in 2004. The paper will be briefly summarised, bringing out the key features of the study. Then a number of aspects will be considered in more detail with a critical perspective, highlighting strengths and weaknesses of the paper.  Overall, this is an interesting study with a useful practical model proposed, but certain areas seem to have been overlooked.

Machin and Spall’s study is an ambitious attempt to further develop a relatively recent scale for measuring grief, the ‘Adult Attitude to Grief Scale’ (AAG). They have a three-fold aim: first to test the scale further, second to extend its use to other forms of loss, and third to map its use as a therapeutic tool. The scale was developed by Machin (2001) and consists of 9 items rated on a five-point Likert scale from ‘strongly agree’ to ‘strongly disagree’. The nine items can be grouped into sub-categories indicating whether the grief response is ‘overwhelmed’, ‘controlled’ or ‘balanced’. Initially tested on 94 respondents, the present study tests its use amongst 15 elderly men and women. The scale was extended to reflect losses other than bereavement, themes to develop in further counselling sessions were explored, and a flow-chart introduced to create a link between quantitative and qualitative elements.

Their study took part in three phases, loosely associated with the three aims outlined above. Phase one gathered quantitative data (age, sex and nature of referral for respondents, and responses to the AAG). Phase two amplified responses from the scale and was linked to individual expressions of grief explored in richer detail in counselling. This phase identified themes in dealing with grief including the role of socialisation and the way other people’s attitudes had an impact. Phase three examined the implications of the previous phases for therapy.

In a fairly extended discussion, the authors briefly relate their scale to other work in the field, including theories of grief, and set out a 6-stage model for counselling practice protocol. This is clearly explained, and suggests a practical use for the scale. First, the client completes the AAG. This is then assessed by the therapist with the three groupings (overwhelmed, balanced and controlled) in mind. The data illuminates whether the client is biased towards any one or more of the three grief responses. In stage four, the data extracted is used as a basis for exploring themes in more depth with client, and is followed by looking at the influences of social pressures upon the client’s grief. Finally, there is a move in therapy to help the client establish control or balance.

Overall, this study develops an innovative way to use a measurement scale for grief and bereavement. In contrast with many studies looking at measurement scales, the authors are clearly concerned that the scale’s practical use is developed. The way that the model for using the scale is developed by the authors allows a clear plan for helping people deal with grief through counselling and therapy.   The model is well explained and appears easy to implement.

However, there are a number of areas which are more problematic.   First, the theoretical context of the scale in terms of other measurements of grief and theories of loss is underdeveloped.

In this paper, Machin and Spall do not compare the scale to other measurements of grief and loss.  In fact, there exist a number of other models, for example the ‘Inventory of Complicated Grief’ (Prigerson et al 1995), the ‘Grief Measurement Scale’ (Jacobs et al, 1986) and the Grief Experience Questionnaire (Barrett and Scott 1989), and it would have been useful to find out how the AAG relates to these earlier attempts at measurement. Does the AAG incorporate insights from earlier scales, for example, or does it offer a new approach?

In addition, there could be more discussion of how the scale relates to wider theoretical perspectives on grief. There are a number of theories regarding the process of grief and loss. Dual Process theory, for example, suggests that experiences of loss are determined by two distinct sets of stressors: loss-oriented stressors (concerning the deceased person and appraisals of what loss means for example) and restoration-oriented stressors (these concern how people deal with the changes that grief brings about, for example rebuilding a sense of self). Dual process theory further suggests that the two sets cannot be processed at once, and that the person suffering the loss oscillates between one or the other.  Attachment theory, on the other hand, describes grief and loss in terms of ‘styles’ of attachment which are learned in early childhood and determine responses to grief. The way in which the child relates to the attachment figure (usually the mother) shapes the way in which that person handles subsequent experience of loss and separation (Worden 2009).

Elsewhere, Machin has provided a useful further elaboration of the scale (Machin 2005) where the three sub-categories of the scale (in their earlier version ‘overwhelmed’, ‘resilient’ and ‘controlled’ are clearly explained first in terms of how each translates into client assumptions and responses to loss, and second how they translate into other theoretical models. For example, Machin explains (2005), in terms of Ainsworth et al’s (1978) ‘attachment style’ theory, overwhelmed becomes ‘anxious / ambivalent attachment’ and in terms of the dual process model (Stroebe and Schut 1999), overwhelmed translates into ‘loss orientation’. In the current paper it would have been useful to have information of this nature.

In addition, the paper lacks any discussion of first the relationship between the three sub-scales (overwhelmed, balanced, controlled), and second which of the three positions represents the best position for the client.  It becomes clear during the study that a ‘balanced’ perspective is best for the client, however this is not elaborated, nor backed up with any theoretical discussion of responses to grief, of the sort which occurs in Machin’s earlier paper (2005). Curiously, the authors do, however, take such a perspective on what seems a less intuitive question – what happens if bias is towards ‘balance’ and equally distributed towards ‘overwhelmed’ and controlled? Here there is an attempt to tie the model to theory, but discussion is scant, and a more detailed theoretical perspective would have been welcome.代写留学生作业？请登录：www.lxws.net

Another interesting point about the study is the way it combines qualitative and quantitative research. These are often treated as distinct methods of data collection, with quantitative research taking a scientific perspective, testing hypotheses and collecting numbers, and qualitative research concerned to look at subjective experience in greater depth and through text and words (Babbie 2010). However, they are increasingly used to complement each other in a ‘mixed methods’ approach. Such an approach can allow more innovative linking between results, creative design and allow for a problem-focused approach (Denscombe 2007). In this study, Machin and Spall certainly demonstrate a creative approach and one rooted in problem solving,  as they use the quantitative data to identify areas of concern for individual clients and feed into subsequent therapy sessions. However,  it can be asked whether they fully utilise quantitative techniques. They certainly collect numerical data from respondents, however there is no statistical analysis of results to show general patterns, for example looking at mean scores for responses or similar. Additionally, quantitative data is most usually gathered to test a hypothesis or explore research questions (Polgar and Thomas 2008), and there is no clear setting out of hypotheses here. In addition, there are questions about sampling. While there is no one method of generating the ‘correct’ sample size, there is a general idea that at least 30 respondents should be included to generate statistically significant results (Denscombe 2007). This study uses only 15 respondents. In addition, there are questions about the method by which the respondents interviewed (the ‘sample’) were selected. The aim in research is to provide information about a general population (Rubin and Babbie  2009); in this case, adults who have suffered bereavement or loss. In order that results can be generalised from the people included in the study to the overall population of interest, the sample selection should be free from bias and representative of the larger population (Rubin and Babbie 2009). However, in this study, the respondents were all selected through the ‘Older Adults Speciality’, which might have introduced bias, for example if they were from a particular geographical location, from a particular ethnic group, if they happened to be people who responded in a particular way to interviews or to counselling for example.